Basics – Setup of the ZZ Top

The base game of this rock music inspired slot is played out on the almost standard 5×3 reel configuration and pays from left to right. On the reels you have a nice mix of symbols relating to the band and gambling in general. For example, you have the famous ZZ top car acting as the wild symbol, a ring with the ZZ top logo and the logo itself as a standalone symbol. Next to these you’ll find flaming sevens, a series of dice and a pile of poker chips. While the base game is enjoyable, this slot is all about the features, some of which are randomly awarded and others which are landed by the right combination of symbols. Three progressive jackpots can certainly give the bankroll a major boost if you manage to hit them. The first bonus features are randomly awarded ones – perhaps the best of these is the ‘Just Got Paid’ feature. Here you’ll be presented with three symbols and you’ll simply pick one of the three. Two of the three symbols will usually uncover a credit win, while the other pick can take you to one of the other bonus features listed below. This feature can happen at any time during the game, after a winning spin or losing one.

‘Eliminator’ wilds see the famous ZZ Top car zooms across the reels leaving wilds in its wake. These wilds will appear on reels 2, 3, 4 and 5 and can make for some very profitable spins, ensuring those combinations line up and aiding in giving those big five in a row wins.

The final randomly awarded feature is the ‘VU Meter’ which will apply a multiplier to a spin, the multipliers being 2x, 3x or 5x. Hopefully, this random feature will be timely, with the 5x multiplier appearing after a big win. 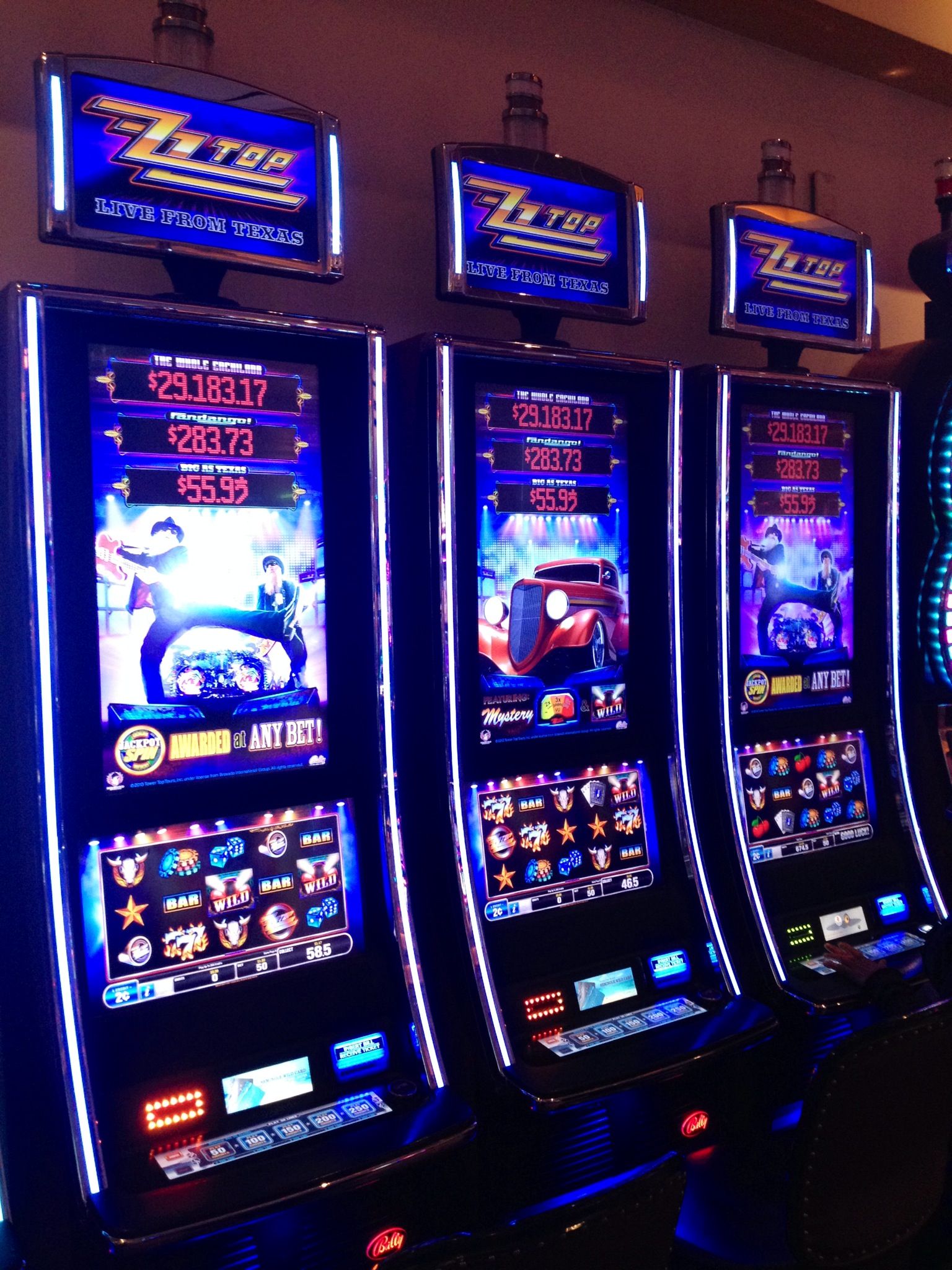 ‘The Wheel Bonus’ is activated by landing the bonus symbol on reels 2, 3 and 4. This now takes you to a Wheel of Fortune style bonus round. There is a nice extra in the design here – with the pointer for the wheel a guitar pick. On this wheel you’ll find a variety of prizes available, including entry into another bonus feature, a credit win or even access to the jackpot wheel. This jackpot wheel allows you to win one of the three progressive Jackpots in the game – you’ll be guaranteed to win one at this point.

There are two free games bonus rounds. The first of these gives you 8 free spins with ‘locking wilds’, meaning that any wild symbols will stay in place throughout the rest of the feature. This makes for a feature where the biggest winning opportunities come in the last few spins. The other free spins feature is more expansive. You’ll start with 10 free spins, but then you’ll enter another pick-em screen, where you’ll select items of clothing to wear, this feature called ‘Sharp Dressed Man’. You’ll have three picks at first and uncover extra spins, while also sometimes earning additional picks. You could find yourself earning as many as 30 free spins or more at times, making for a fantastic feature.