Age of the Gods Medusa & Monsters is a 6 reel, 164 payline slot from Playtech that can be played from 25p to £500 a spin on all devices including tablets and smartphones. Based on the Greek mythology female monster that had living venomous snakes in place of hair, it comes with expanding Medusa wild symbols, stacked symbols on each reel and a free spins feature where you benefit from shifting Medusa wilds and petrified symbols.

Visually, Age of the Gods Medusa & Monsters is dark as it’s about the Gorgon Medusa and monsters – set against a rocky backdrop, symbols on the reels include 4 different gemstones, Chaldician type winged helmets, swords and longboats. You will also see Cerberus (the multi-headed dog), Minotaur (mythical creature with a head of a bull and body of a man) and the beautiful Aphrodite (the ancient Greek goddess of sexual love and beauty) – the latter is the most rewarding symbol giving you 150 coins for 6 across a payline.

Medusa is the wild symbol and substitutes for all symbols bar the scatter – more important, when Medusa lands, she will expand to fill the whole reel – this is known as the Expanding Wild Symbols feature. Age of the Gods Medusa & Monsters also comes with stacked symbols, up to 7-high, on every reel which can lead to bigger wins.

The game also comes with stacked shield scatter symbols – they are stacked 2-high on reels 2, 4 and 6. When they appear simultaneously on the reels, you will trigger the Medusa’s Gaze Free Games feature. Rewarded with 6 free spins, you pick a shield to reveal a high-paying symbol.

When it lands on the reels, Medusa will petrify the symbol so it stays locked in place. The petrified symbols unlock when Medusa moves to the same reel. The Medusa wild reel symbol begins on reel 6 and shifts 1 reel to the left after every free spin. Once Medusa lands on reel 1, the feature ends. 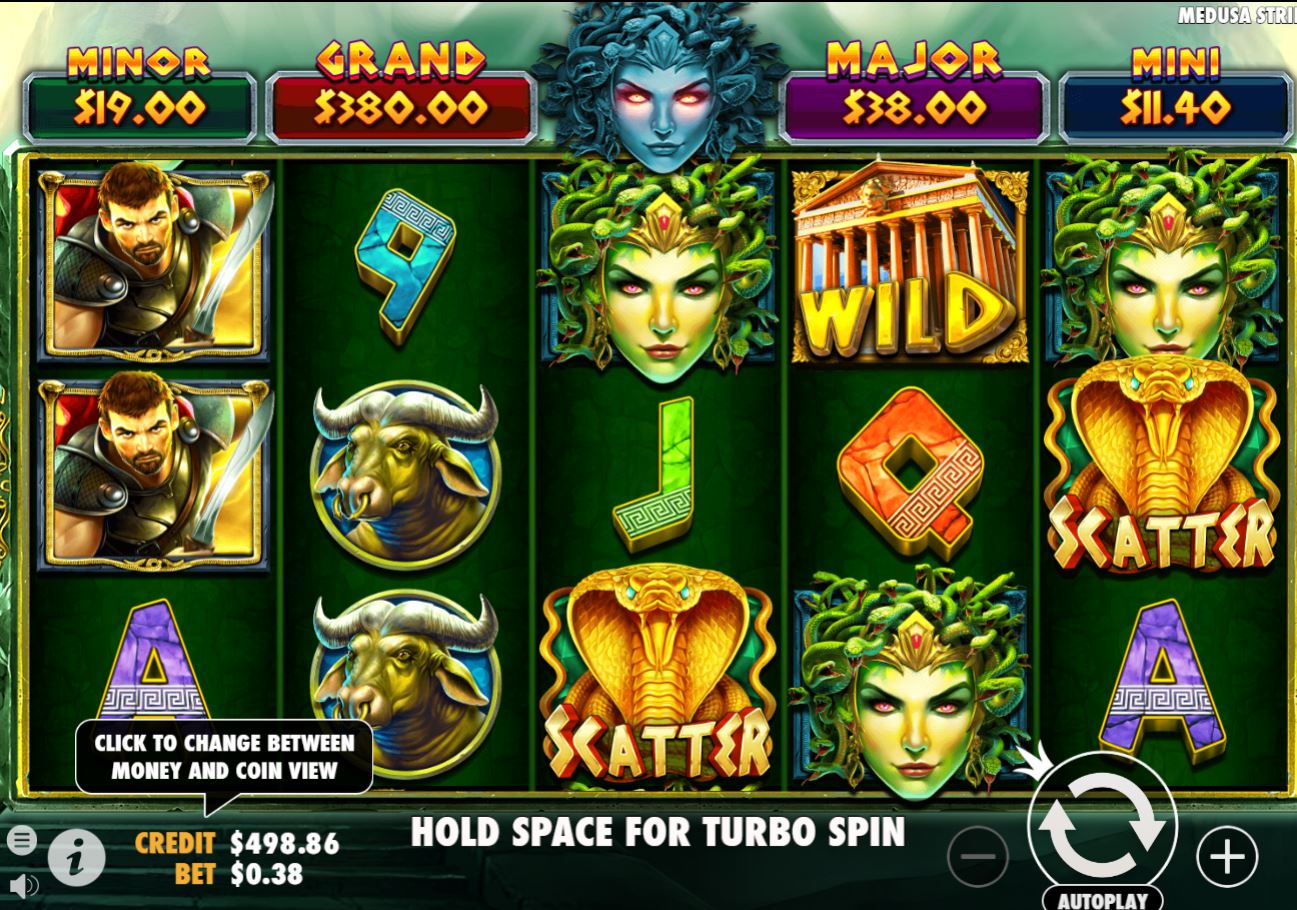 Part of the Age of the Gods series, there are 4 progressive jackpots to be won at random – you enter the Jackpot Game and pick golden coins to reveal the Power, Extra Power, Super Power or Ultimate Power coin. When you have 3 of either, you will win that progressive jackpot – the Ultimate Power jackpot is the most lucrative and often life-changing. 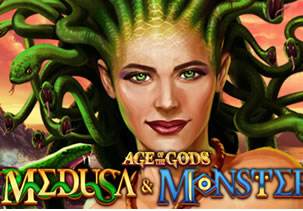 Overall, Age of the Gods Medusa & Monsters looks fantastic and is medium to high variance – I really like the expanding Medusa wilds that feature in the base game and the petrified symbols in the feature as these can lead to very big wins. It’s a good slot and a welcome addition to the extremely-popular Age of the Gods network – I also recommend you try Age of the Gods which has 4 free spins features.