BMO Harris Bank primarily serves customers in the Midwest. If you’re looking for a certificate of deposit (CD) account and don’t live near a branch, you also have the option to open an online account. The minimum deposit for a CD is $1,000, whether you're in person or online. The interest rates from BMO Harris do not generally compare well with the best CD rates on the market, with the exception of some special rates. The special rates require a $5,000 initial deposit, though.

In this review, we’ll go into more of the details you need to help you decide if a BMO Harris CD is the right choice for you. The rates below are based on zip code 60007.

BMO Harris Bank is headquartered in Chicago, Illinois and is one of the largest commercial banks in the Midwestern U.S. It also has locations outside of the Midwest with branch locations in Arizona, Florida, Illinois, Indiana, Kansas, Minnesota, Missouri and Wisconsin. According to the bank, it has about 600 branch locations and more than 43,000 ATMs.

If you’re considering a CD account, know that BMO Harris has term options ranging from three months to five years. All term options are available as standard CDs and as individual retirement account (IRA) CDs. The minimum deposit is $1,000. Rates vary by location and by the amount of your initial deposit. A higher deposit won’t always earn you a higher rate, but special rates apply just to accounts of $5,000 or more. Depositing at least $100,000 could also open you up to short-term CDs of one to two months.

Interest compounds daily in all CD accounts. For terms of less than one year, the interest you earn will only be credited when your CD reaches maturity. For terms that are one year or longer, interest credits quarterly. You cannot remove interest earnings from your account before the maturity date.

In addition to its standard CDs, BMO Harris also has a Step Rate CD. There is just one term option, three years, and it comes with a minimum deposit of $5,000. A Step Rate CD has pre-defined rates that the bank will increase over the term of the CD at predetermined intervals. You don’t need to do anything to increase the rates. It’s automatic. Step Rate CDs are also available in IRAs.

How Much You Earn With BMO Harris Bank CDs Over Time

The interest rates from BMO Harris are relatively low. If your goal is to use a CD to help you build savings, you will need to contribute large amounts or opt for long-term CDs.

The table below shows what your approximate total balance will be based on different initial deposits and term lengths. Note the significantly higher earnings if you contribute to CDs with special rates.

How BMO Harris Bank CD Rates Compare to Other Banks 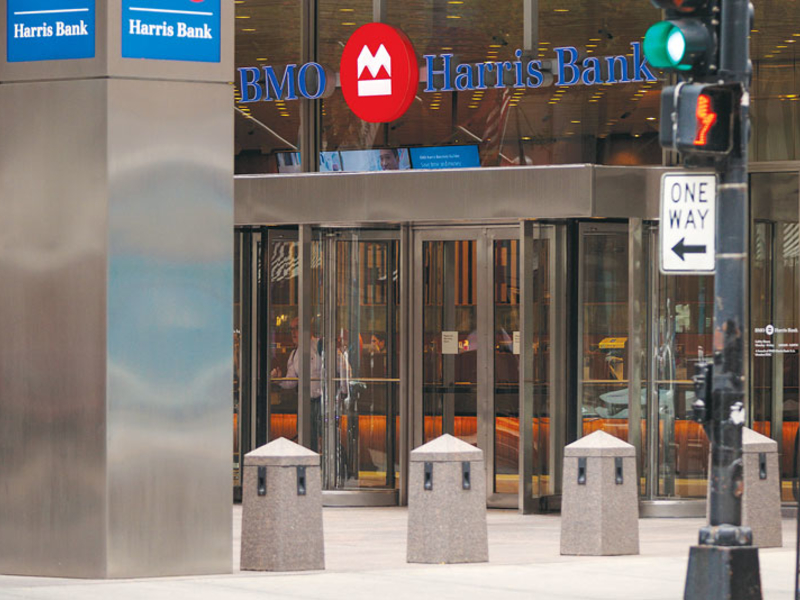 As mentioned above, interest rates are generally low for BMO Harris CDs. Even if you can afford the $5,000 minimum for special rates, it’s a good idea to compare CD rates from a few banks.

For customers who want a short-term CD, consider an online bank. For example, Ally offers competitive rates for terms of about two years or less. If you want a CD longer than a couple of years, there are some other options you should consider too. Capital One has competitive long-term rates, and there is no minimum for opening an account.

It’s good to note that the rate for BMO Harris’ 60-month CD is competitive. One of the places you’ll find a higher rate is with a broker like Edward Jones. Edward Jones offers higher rates than most traditional banks because it has brokered CDs. (Brokered CDs operate slightly differently than CDs from traditional banks, so make sure you understand how they work before opening any accounts.) Minimum deposits are only $1,000.

Should You Get a BMO Harris Bank CD Account?

Overall interest rates from BMO Harris are low. Another bank is likely to offer better rates. However, you should consider an account if you can afford to deposit at least $5,000. With that minimum deposit, you will qualify for special interest rates. The special rates are very competitive, but you should check with local branches before opening an account. Individual branches may have different rates.

BMO Harris also provides flexibility by allowing you to open a CD account online. At the same time, you should also consider online banks, like Ally, if you are only looking for an online account.